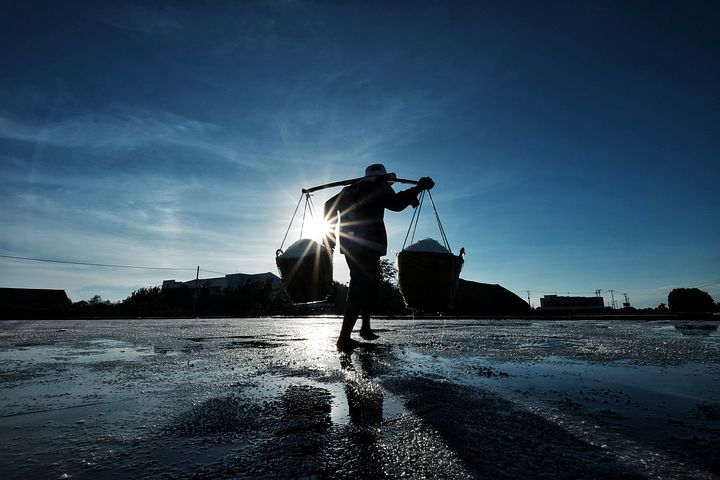 There are two broad categories of kingdom workers:

1. Those who serve within the church (who in my opinion constitute only 10% of kingdom’s work force). #kingdom service.

These primarily include the popular five-fold ministries (Apostles, prophets, pastors, evangelist and teachers) and other affiliate ministries ( Deacons, Administrators and other off pulpit ministries) who are designated by God to serve as a support structure to the fivefold whose primary assignment is to the body of Christ.

Together they form the team of instructors and trainers stationed within the body of Christ for in reach work. #kingdom service

This category of workers receives a strong burden and training from the Lord to train other saints for the work of the ministry (kingdom service).

Their ministry therefore is serving other members of the body placed in their care by God. They are not an elite few who call the shots in the church. They are the set apart few whose primary duty is the serve other saints.

They are delegated by God to command the different sections of God’s army. They are those God gave the wisdom and technology to ensure there is order and coordination in the body.

They are men and women of blameless character and authority who follow Christ as they provide leadership and oversight to other saints. They are not mediators between God and man; they are facilitators of fulfillment of God’s eternal purpose in the lives of the other saints.

2. Those who work outside the church (who in my opinion constitute the remaining 90% of the kingdom’s work force). #kingdom service

These are the foot soldiers burdened by God to carry out specific tasks in the field of the world. They are to receive training and oversight from the 10% category and launch out into the system of the world.

They are those who, so to speak, have a direct interface with all levels of society. They are the one who do the work of the ministry- stretch the borders of God’s kingdom from nation to nation till the whole earth is inundated in the flood of the knowledge of God’s glory.

If their impact is negatively felt or not at all in the society, has it meant the 10% category is not doing its job effectively well. #kingdom service

The church by design is the corporate new man in Christ who is to both contain and dispense God on earth. It is the highest expression of God’s authority on earth. That is why it should be more of a training ground for saints than a pavilion of rest.

The true impact of the church can only be felt in the world if men and women, boys and girls are taught the righteous technology of the operations of the kingdom of heaven in view of Christ’s Lordship and how they can practically implement it in spheres of contact.

After which they are then unleashed back into the world from which they were taken to carry out kingdom service in their respective domains of social contact.

The bible records that Samson caught three foxes tied them tail and tail in pairs and set fire to their twigged tails and set them loose in the direction of heaps of Philistine harvest. And the foxes ran in response to the fiery unrest on their tails right into ready harvest on philistines’ fields till everything was burned to ashes (judges 15:1-5saints.

This, I believe, is how the church of the living God should be the world over-a place where saints are torched with the kingdom of heaven and shot like burning shafts to pierce through and consume the entire world with the Lordship and Kingship of Christ.

This is the assignment of the 90% category of the kingdom’s work force. This category takes care of the outreach work of the kingdom. Jesus Christ came to build His church so that He could establish the kingdom of heaven on earth through the corporate new man.

I personally believe that 9 out of every 10 saints are called into 90% category. That means there is a 90% chance that, you reading this are not called to serve within the church.

The bible says clearly that kingdom service (outreach work of the kingdom) is done by ordinary saints (Eph 4:12). In our day these ordinary saints are known by some other names like the laity, church members, church followership, floor, members, pews etc.

But it is on the shoulders of these ordinary men and women, boys and girls who have their hearts set ablaze with righteousness that the most sacred task of superimposing heaven on earth rests.

I say this not to in any way spite the 10% category. For everyone’s role matters in harnessing this last day’s harvest. I am only using the liberty given to me by God to debunk the erroneous and popular notion that one can only be said to be doing the Lord’s work if their calling falls in the 10% category. #kingdom service

Culled from GO INTO ALL THE WORLD by Apostle Arome Osayi.