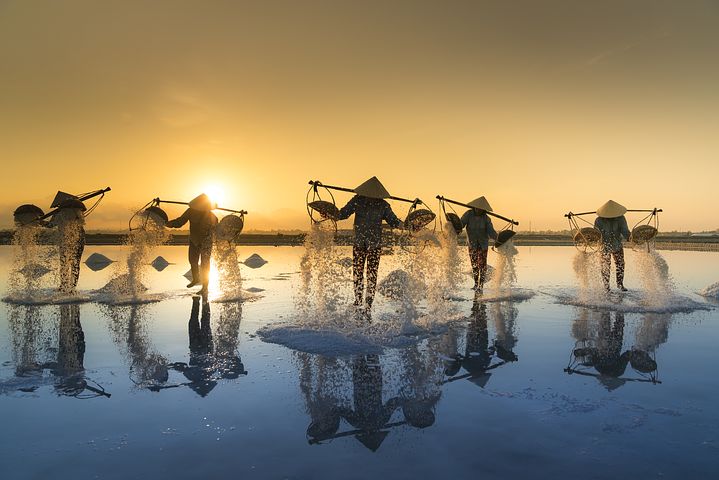 Child of God, it’s exciting to receive eternal life and awaiting the second coming of our Lord Jesus Christ but know that God will ask what you did with the gifts and ideas He entrusted you with for the advancement of the kingdom. A call to serve…

There is a call to serve for all believers, this is exceptional to no one even the devil knows we are called to serve.

What is service? (I want you to research and answer that)

The gifts and talents God imbedded in us is not to be dormant for the bible says you will be judged by your works and these works can be found in the things God has installed in you for the kingdom purpose.

Most opportunity in this kingdom is hidden in service and if you don’t have record of service God will not open up much responsibilities to you. Some alignments God opens to you comes with the opportunity to serve and only the humble can discern. a call to serve…

PS: what the world calls humility is different from what God sees as humility.

There people are called into the prophetic ministry, there people burdened to pray for other people and that is a grace for intercession and there people that when they do evangelism it looks so easy because that is there specialized area of grace and some its in writing.

What ever you can to for the kingdom advancement, do it, use your gift. If you can preach then preach/ if you can dissect the word well, do so and share with others/ if you are can write then write for the benefit of the kingdom/ if you can sing then sing/ if your aura draws people closer to you, use it for the kingdom (evangelism).

Nothing in this kingdom is just for your benefit, it is for the work which is reconciling men back to God and to see Jesus glorified. A call to serve

This passage illustrated the kingdom of heaven with that story; it’s not enough to receive Christ into your life/being born again. Your purpose in Christ should be discovered, your gifts should be identified and fan into flames for the sake of the kingdom.

There is no one on earth without gifts and talent, I use to say that before till I obeyed God by starting this blog (the funny thing is I don’t have passion for writing), it may not look perfect at first but more grace is released in the process (while fanning them into flames) these things are there and sometimes we are too reluctant to discover them.

That scripture says that after a long time the master returned from his trip and summoned the servants to give account of how they used his money, he was pleased with the servants that invested and made good use of their bags of silver but the one that dug his own to the ground (the way many of us bury our gifts), he called him wicked and a lazy servant even collected the one he has and gave them to those making good use of their own.  It look like God is not fair with this illustration but this is the reality of things.

If you can’t be trusted with little, more will not be given to you… more grace comes when you are in the field. That great destiny of yours won’t fall to your laps, you serve your way into it. This is a call to serve

God does not waste resources.

What has God deposited in you that is still dormant, those ideas, gifts and talents, business, why are you not fanning them into flames? Why are you still afraid to move?

2 Timothy 1:6-8
[6]Therefore I remind you to stir up the gift of God which is in you through the laying on of my hands.
[7]For God has not given us a spirit of fear, but of power and of love and of a sound mind. Not Ashamed of the Gospel
[8]Therefore do not be ashamed of the testimony of our Lord, nor of me His prisoner, but share with me in the sufferings for the gospel according to the power of God,

Apostle Paul was admonishing Timothy to put his gifts into use for God has not given us the spirit of fear or timidity but of power (whenever we use our gifts, the power of that God backs it), love which is a fruit of the spirit (when you live according to the new covenant which is love, you will seize to live for yourself and show more compassion.

The love for the Lord and His people will drive you), self discipline which is another fruit of the spirit (I know people that pride has consumed just because they have the best voice or preach so well, sometimes it’s even procrastination/laziness). There is a call to serve

In heaven, rank is earned by humility, service and love, love with the love of Christ and serve His people with His heart.

Verse eight of that chapter says, never be ashamed to tell others about our Lord… if you are ashamed to use your gift for the gospel it simply tells you are not beholding Christ but still looking at yourself and ability.

Remember it’s the master’s gift not yours you are just a vessel that needs to yield to the master. There is a call to serve…

2 thoughts on “A CALL TO SERVE”