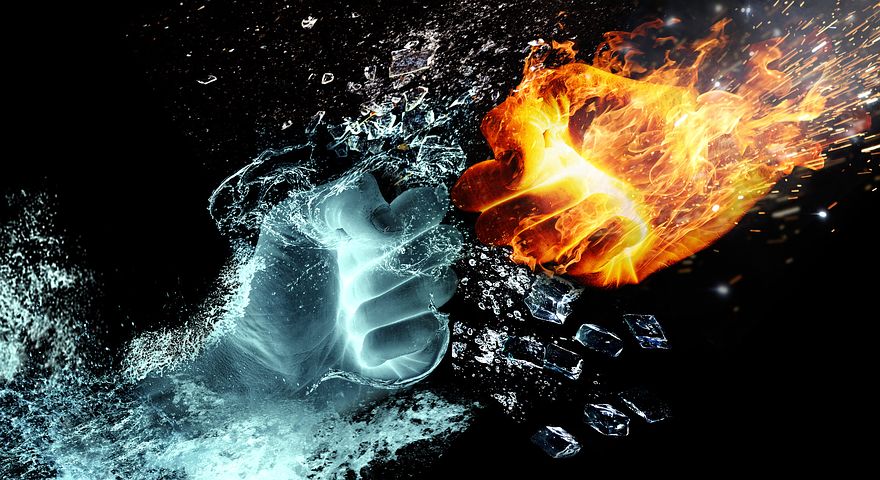 The world is more than space, time and matter; it is more than people, geography and drama! It is a thoroughly organized system specially tempered, formulated and forged to squelch and extinguish God on earth. It is the most comprehensive organized rebellion against the kingdom of God and His righteousness. Being in the world is being in a war zone. Powerless believers

The bible says,
No one engaged in warfare entangles himself with the affairs of this life. 2 Timothy 2:4

What are some of the affairs of this life? They are the multidimensional, in-your-face, sanity-bending, prayer life-decimating; and word-chocking cares of this word deceitfulness of riches (Mathew 13:22)

The ruthless enemy of our souls has his minions constantly working overtime to ensure every single believer is bombarded with these. #heat up powerless believers

The machines and mortars of hell are stationed in every inch of the world system to ensure the believer is constantly distracted from consistently engaging the two most important pillars of Christian faith system namely:
1) The ministry of the word
2) Prayer (Acts 6:4)

The supernatural victory that is supposed to be the daily experience of the believer is hinged upon those two pillars. Sadly, many a Christian today does not give themselves continually to them.

Little wonder it is therefore that the power surge that is supposed to rise from believer’s lives on account of the latent power of the Holy Spirit in them to bring down satanic installations in their spheres of influence is reduced to deplorable power outrage!

This is why the Holy Ghost in the believer is mightier than any man-made weaponry He can empower the believer to destroy every work of darkness, trample underfoot any devil that dares try them. Yet many believers do not take advantages of His residence in Him.

There is too much distraction for believers these days. Bills, bills and more bills are the excuse for the power outrage in the lives of many believers. It is true that every believer has received tremendous power on the account of receiving the Holy Spirit (Acts 1:8). This power is latent, unexploited like crude oil. There are well over one thousand products than can be extracted from crude oil. To get these products the crude has to be subjected to different temperatures through heating. In order words, no heat no product

I stated in one of my posts here on that one of the weapons a country must have to qualify as a military superpower in the twenty first century is the aircraft carrier which is capable of unleashing Armageddon anywhere it is pitched against.

The United States has 20 commissioned aircraft carries, China has only one! This is why it is a fact that no nation comes close to the superior military might of the United States of America as of now.
But one million carries cannot deal with the least demon from hell. This is because they are not man-made, carnal weapons.

How much of the ‘crude’ deposit of the Holy Spirit we exploit and maximize is not up to God. No! It is entirely up to us. Power has been made available to all believers but not all believers are powerful. Why? Heat up powerless believers!

I lived in Lagos (which is unarguably the busiest city in Nigeria) for almost six years during which the devil tries every possible trick in his bag to shut down my prayer life and truncate my engagement with the ministry of the word. It was crazy I tell you.

I had to learn to study the bible amid migraine-dishing generator noise.
I converted the long hours I spent in Lagos traffic during my commute to and from work to heat up the ‘crude reserves’ in the chambers of my spirit-[raying in the spirit always. Oh my, the delivery of the Holy Ghost power products did not stop as I basked in the endless refreshing of God’s presence. I enjoyed power surge nonstop. The devil failed!

If you heat up crude reserves continually by prayer and study, the power surge would cause you to explode endlessly with Holy Ghost power products. You can’t engage the Holy Ghost on this level and be depressed, and /or need UEFA Champions League, or the next box office hit to drive away boredom or escape sorrow.

You would not need any external stimulant to spice up your life. You would experience firsthand the kingdom of God which is what the bible says is not meat and drink ( external merriment, euphoria and conviviality) but righteousness, peace and joy in the Holy Ghost ( Romans 14:17)

There is no excuse to be powerless, cold and depressed my friend. Engage the Holy Ghost in you and keep the products coming. A cold stove is no threat to cockroaches. So heat up powerless believers!

Hello, I am Uju Queendarlyn Obianika, a Nigerian Christian blogger. This is my space on the internet to share part of my walk with Jesus Christ. Joyfully follow Christ with me. Love X Uju.