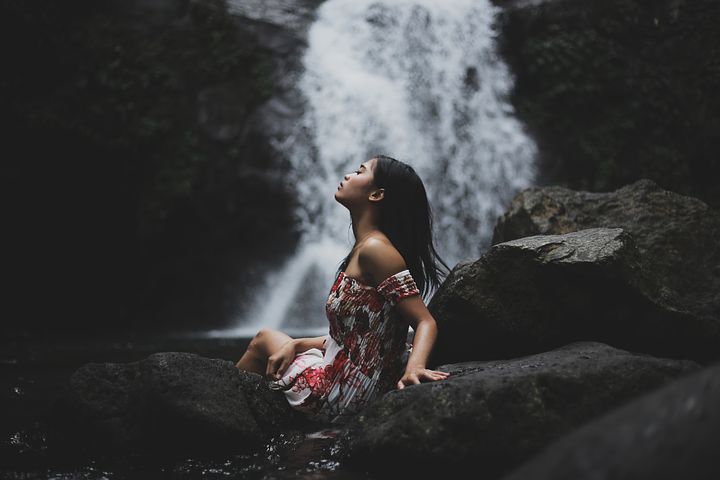 John 1:4-5
[4]In Him was life, and the life was the light of men.
[5]And the light shines in the darkness, and the darkness did not comprehend it. John’s Witness: The True Light

The knowledge of God gives Light; it causes Light to shine through every dark area. Darkness is seen in the ignorance that people have been caged with over time. It is symbolic of those wrong mindset and ideas, wrong thought patterns and wrong interpretations of the Word of God that have taken over the heart of people (including some professing Believers). The presence of ignorance is hugely the reason why Believers still engage in spiritual warfare on the platform of fear, as if they were trying to defeat the devil, because they have not come into full knowledge of what has been given to them in Christ Jesus..

God Himself is a mystery that can be accessed by revelation. He dwells in Light and it can only take a man with Light (revelation knowledge) to know Him. The more Light you have, the more He is revealed to you and in you; the more those dark areas are lightened, because Light expels darkness. We are already carrying that Light in the person of Christ Jesus, so in order not to live like an unbelievers, we have to study to know the truth that has set us free before the foundations of the Earth.

What we do when we study the Word is that we get our minds (souls) renewed; not our spirit, because it has already been made perfect at salvation and is joined with Christ.

In the second epistle of Apostle Paul to the Corinthians, he tried to explain that as we study the Word, we keep beholding as in a glass the glory of the Lord and as a result, are being transformed into the same image from one glory to the other. This speaks of the step-by-step advancement of believers into the knowledge of Him. No one can behold or be like Him when you don’t know Him and this knowing comes from accurate studying of the Word. Deliverance without knowledge (of the Word) is not a complete deliverance.

Deliverance that is not founded on the Word of God is no deliverance at all. It is the Truth of the Word that sets us free, The Word is Jesus and Jesus is the Word. This is what the Bible says about this:

The Spirit of God we embody is carrying everything we need that pertains to life and the path that has been predestined for us in Christ Jesus. This Spirit of Christ in us has made us free; do not allow your mind to find it difficult to believe.

How can the Word say “He has disarmed the rulers and authorities of this world and made a public mockery of them, even as far as putting them into captivity”, then you still believe that the disarmed forces has the power to successfully manipulate your life?

Those things the devil throws at you are not real, even the ones in your dreams, they are shadows but they can manifest based on your belief system and level of spiritual illumination. If you believe that your liberty in Christ Jesus is not your reality, but rather the schemes the enemy throw at youl, then that will be the case.

We have to stand our ground on what the Word says about us. The Bible in Ephesians chapter 6 tells us the nature of our fight, thus admonishing us to stand our ground with the shield of faith and other weapons in our spiritual arsenal. The devil only threatens and deceives and when you acknowledge and agree to his threats and deceits, they become real.

Kenneth Hagin said that after he received his divine healing, one day he was in the toilet and he noticed some symptoms, the enemy whispered to him “you are sick”. He said he began to laugh  and laughed harder because he knew that what he heard wasn’t real and he had already discovered what the package of salvation came with. If he had agreed with the enemy, the sickness would have been real and continue to torment his life.

We have been made free and that freedom/liberty is in Christ Jesus – His Spirit in us is a carrier of all that Christ says we are. Only if we live in the Spirit 24/7 and allow the Spirit to influence and control our minds, instead of the mind controlling our Spirit.

Be rooted in Christ first; grow in the knowledge of Him more than your Church or your pastor. Be taught the accurate word of God and refuse to be swayed or deceived with the wrong teachings, doctrines and thought patterns flying around. Your greatest pursuit should be to come to the accurate knowledge of God via His Word, while you add faith to that knowledge which you’ve received .

Colossians 2:6-10
[6]As you therefore have received Christ Jesus the Lord, so walk in Him,
[7]rooted and built up in Him and established in the faith, as you have been taught, abounding in it with thanksgiving.
[8]Beware lest anyone cheat you through philosophy and empty deceit, according to the tradition of men, according to the basic principles of the world, and not according to Christ.
[9]For in Him dwells all the fullness of the Godhead bodily;
[10]and you are complete in Him, who is the head of all principality and power. Not Legalism but Christ

Being built up as a believer won’t stop as long as the rapture tarries.

Just know you have been made free in Christ Jesus.