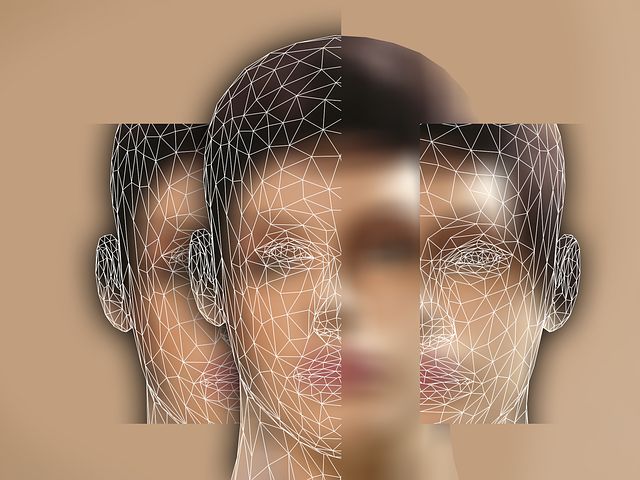 Our lives before Christ was accessible by the forces of this world because we were not sealed with the Spirit. Where the Spirit of God, is there is liberty (freedom from bondage) but as soon as one confesses that Jesus was crucified, died and resurrected for us, he or she becomes a totally new being.

2 Corinthians 5:17
[17]Therefore if any person is [ingrafted] in Christ (the Messiah) he is a new creation (a new creature altogether); the old [previous moral and spiritual condition] has passed away. Behold, the fresh and new has come!

Anyone who is in Christ seizes to be viewed from a human standpoint because everything about him (both spiritual and secular values) have changed; he has been grafted into Christ which brought forth a new being with no past records of sin.

How did that happen?

John 1:12-13
[12]But as many as received Him, to them He gave the right to become children of God, to those who believe in His name:
[13]who were born, not of blood, nor of the will of the flesh, nor of the will of man, but of God. The Word Becomes Flesh

Our impulses and responses to our human nature changes, our nature becomes that of the Spirit. We become one with the Father (identical in spirit), totally inseparable from each other. Jesus said in John 14:3 “…and if I go and prepare a place for you, I will come back again and I will take you to myself, so that where I am you may be also”.

Jesus made that statement to His disciples before He went to the cross, He promised to come back and take us to Himself – that is making Himself our location. Why do you believe the witches in your village can locate you inside Christ? Why do you suffer those health issues inside Christ? Why are you still consumed with fears, anxiety, trauma and terrible imaginations inside Christ?

1 John 4:4
[4]You are of God, little children, and have overcome them, because He who is in you is greater than he who is in the world.

We still live like the unbelievers because our understanding of the truth of the Word of God are yet to be enlightened. 2 Corinthians says we did not receive the spirit of this world but the Holy Spirit which is from God that we might know and understand all that has been freely given to us in Christ Jesus.

Ignorance and wrong doctrine has caused more injury to the body of Christ than the devil himself – the devil has been disarmed by the finish work of Christ on the cross, but we still acknowledge he has power to harm us or invade our space. The truth is, whatever you believe and acknowledge works for you in this kingdom, to tell you how strong “belief systems” can be.

Majority of the problem we have in the church today has been as a result of believers being too lazy to study for themselves to know what has been freely given to them but instead gulp all manner of wrong doctrine and teaching from those who interpret the scriptures wrongly.

1 Corinthians 2:12
[12]Now we have received, not the spirit of the world, but the Spirit who is from God, that we might know the things that have been freely given to us by God.

The most dangerous thing that happens to a believer is not to know his true identity as a new creation. Let God be true and every man a liar- He said it is finished, so what are you still praying fire, fall and die for? Declare your position!

Go for the accurate knowledge of the word of God, it brings you into the rest that has been promised in Christ Jesus.

Your authority and what happens to you in this kingdom is derived from the knowledge you’ve accumulated (not just in renewing your mind but also fattening your Spirit and allowing the Word penetrate through your bones and marrows) from studying the Word and knowing what the Word says about one who is born of God. If you don’t get into study, you will not know.

How do you live a life you know nothing about? Our life in Christ Jesus is a newness of life. How do you enjoy or live what you have no knowledge of? It’s like receiving a wrapped gift. You will definitely need to unwrap the gift to know what is inside of it in other to benefit from it. It’s the same with who we are when we came into Christ.

The more we know Christ, the more we discover who we are and the more we become like Him. The scriptures say “Ye are gods” but we manifest as gods by having accurate knowledge of who Christ is.

2 Corinthians 3:18
[18]But we all, with unveiled face, beholding as in a mirror the glory of the Lord, are being transformed into the same image from glory to glory, just as by the Spirit of the Lord.

We are grafted in Christ, we are one with His spirit, whatever happens to Him happens to us and vice versa. God’s deliverance to any man is salvation and the revelation of his identity as a new creation.

If as a new creation you still think the devil can still oppress you, then you don’t know your true identity. The scripture below is what happened as you came into Christ.

Colossians 2:14-15
[14]having wiped out the handwriting of requirements that was against us, which was contrary to us. And He has taken it out of the way, having nailed it to the cross.
[15]Having disarmed principalities and powers, He made a public spectacle of them, triumphing over them in it.

The solution the world is looking for is Christ and in Him, He is the reality.

3 thoughts on “IDENTITY IN CHRIST”