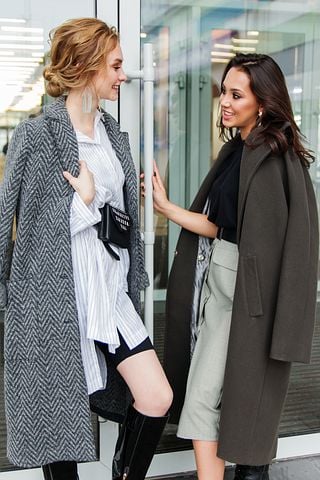 As a believer of Christ Jesus, if you’ve not seen yourself as privileged you need to start doing that. The bible says, when talking about the unbelievers, “the god of this world has blinded their eyes” meaning we believers are the ones with sight. – Evangelism

Be grateful for the life you have in Christ, the bible calls us the light and salt of the earth, we are THE light, darkness disappears wherever we are- we don’t need to command it to leave, it automatically disappears.

As the salt of this earth, we are called to preserve the earth which means the earth is still in existence because we are here, as soon as Jesus takes us out, the earth will wrap up (it goes into oblivion).

One way to preserve this earth is by bringing others into this light – Evangelism.

We are co-laborers with God, it is a partnership work. God has His part in bringing people to this light and we have ours. Look at the story of Cornelius in the bible, the Lord did His part by sending an angel to make known to him the need for his salvation then still send a man to lead Him to salvation. Partnership.

My friend shared this story with me…

So, this young man J has been in the same compound as me for the last 4 years. He is very intelligent, an engineer who was also an award winning writer. But he wasn’t born again, he would argue almost every Christian principle to the extent of calling Christians religious and hypnotized people. I eventually stopped talking to him about Christ, but then I got praying for him. I would use him as a point of contact to everyone around me that wasn’t saved. After several months, God sent His laborers to him, and he got freed. In my place of prayer I got to know that something had happened to him but I wasn’t moved enough to say anything to him. Well, weeks Later, I went out for my weekly outreach, I went to visit a sister that I had previously reached out to in order to continue my talk with her about Christ and invite her to Church, lo and behold my dear neighbor was there. The said sister left her house for him to stay for the while and so I said “Ahh, you are here” (Made some jokes) and proceeded to what I came for “I’m looking for sister C” and he said she wasn’t around but if I had a message for her I could drop it with him, so I said “I just wanted to invite her to church”, he replied by telling me that she travelled. So, I casually said “You’ll replace her” and laughed, his next response moved me to tears and made me so ashamed, “You don’t want to invite me, I’ve been meaning to join you to your church but you’ve not invited me”. I stuttered for a bit and said “well I have now, so, we have a date tomorrow?” he said yeah. Truthfully the next day, he called me an hour to when I was ready telling me he was set and waiting for me. He visited the church and told me he liked it there.

You cannot just be praying for people to be led to Christ and not go out to lead them to Him, “how will they know if they are not told”, we are to go out and be a witness, ask the Lord to lead you to a ready heart, a convicted heart.

There are people that their specific task in this kingdom is to intercede for lost souls, same way we need the harvesters to be on the field. The truth is this; for everyone that is saved today, there was someone interceding for their conviction. –Evangelism

The bible says that the unsaved/unbelievers are our inheritance ( Psalm 2:8 KJV

Ask of me, and I shall give thee the heathen for thine inheritance, and the uttermost parts of the earth for thy possession.)

Hearts are ready but someone needs to reach out to them, that someone is me and you. Evangelism

4 thoughts on “EVANGELISM MADE SIMPLE”